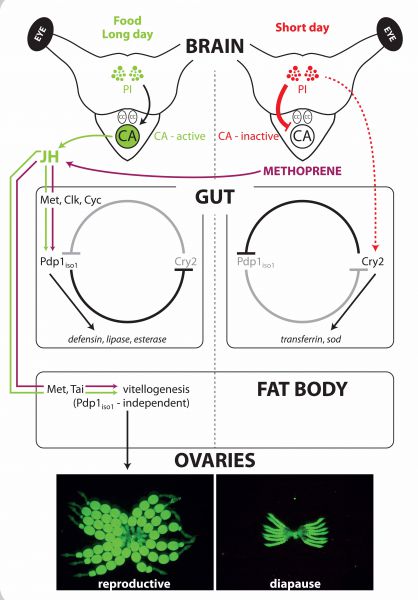 Bajgar A., Jindra M., Doležel D. (2013) Autonomous regulation of the insect gut by circadian genes acting downstream of juvenile hormone signaling. Proceedings of the National Academy of Sciences of the United States of America 110: 4416-21. 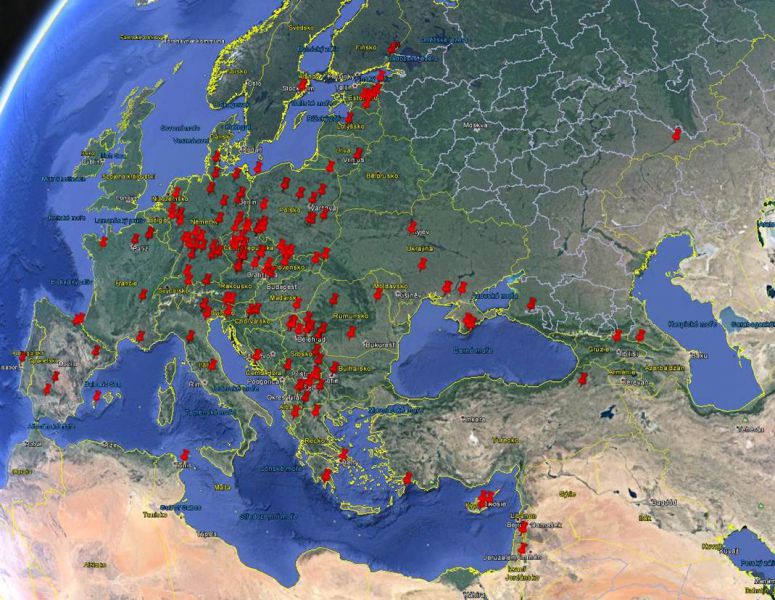 However, several geographical regions are either underrepresented or even absent completely (see red circles in the map below). Therefore, we would really welcome samples (either dead or alive) from following regions:

Sample collection: The optimal way for storing and transporting samples seems to be 96% ethanol (non-denatured). 2ml screw cup tubes can accommodate 5 - 8 bugs from the same locality. We are ready to send prepared tubes filled with EtOH, just send an e-mail request, please. Although we are happy even for one individual bug, 10-15 specimens from one locality are optimal. It is important to have the report of the locality (such as GPS position or locality name from the map, elevation is also very useful). Please, if possible, it would be also great to mention, if the locality was urbanized area (town, park and similar area modified by human) or if the locality is more similar to original nature-like type (forest, steppe, mountains). In ideal case we would like to have samples collected approximately 200 km apart in lowlands, while in mountains or complex terrain even higher density is helpful (down to tens of kilometers).

Living bugs – an alternative is to collect live specimens. Adults survive with wet piece of cotton or cellulose in small paper box for more than one week, as long as it is not too hot. We are really happy to obtain living specimens for establishing colonies, where circadian and photoperiodic phenotypes can be characterized.

Species identification - Pyrrhocoris apteruscan be quite easily identified thanks to its aposematic coloration. Both, larvae or adults can be collected and are welcome. We are also seeking for samples of closely related pyrrhocorids, such as P. sibiricus, P.marginalis, and genus Scantius (see the pictures below). 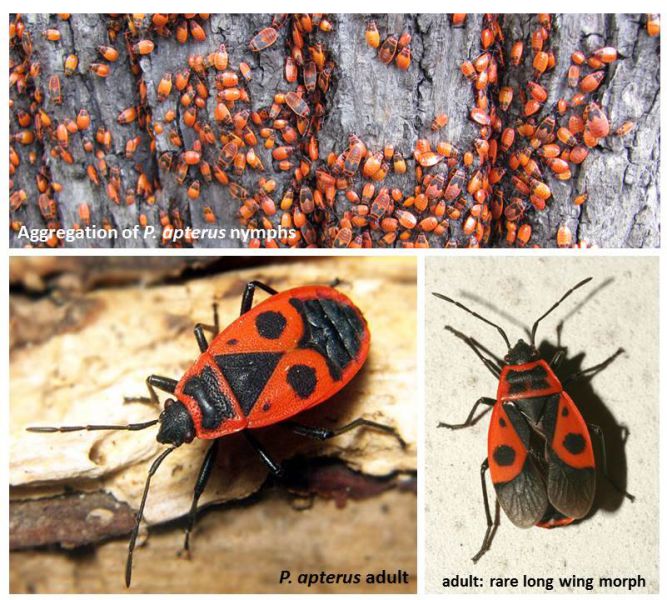 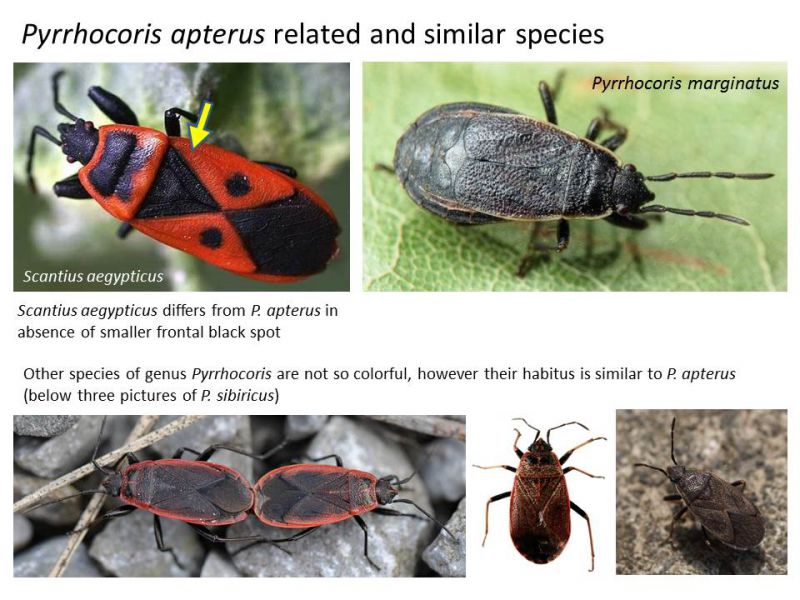 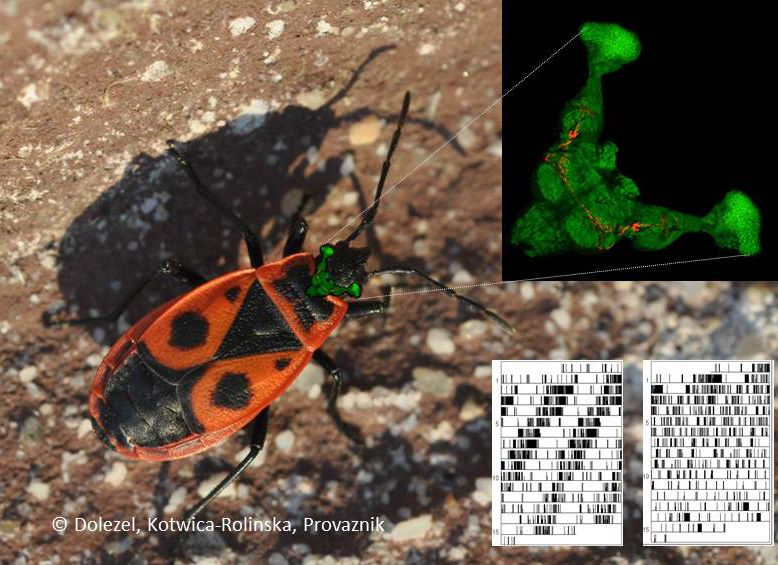