Our team at the Laboratory of tropical ecology studies all aspects of tropical biodiversity, particularly its evolutionary origins and ecological mechanisms shaping present day ecosystems. Our studies combine extensive field inventories of species and their interactions in tropical ecosystems, particularly rainforests, with manipulative experiments and molecular analysis. We focus particularly on the ecology of plant-insect food webs, tropical forest dynamics, and large-scale distribution of tropical biodiversity. Most of our studies are based in Papua New Guinea, at the New Guinea Binatang Research Center (www.entu.cas.cz/png). 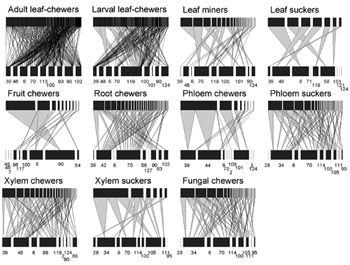 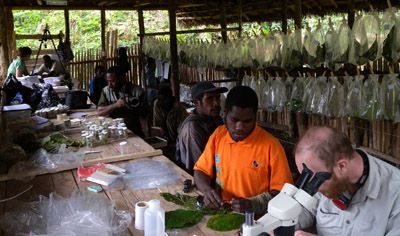 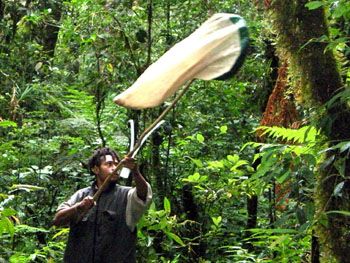 Forest dynamics in a tropical rainforest 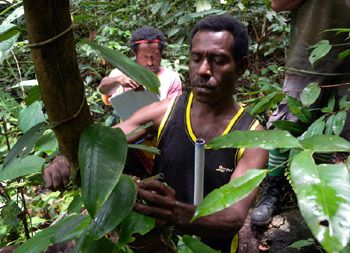 We are in the middle of the first survey of our 50-ha permanent forest dynamics plot in lowland rainforest near Wanang Village in Papua New Guinea. We will map, tag and identify all stems more than 1 cm in diameter, approximately 270,000 stems in total. This plot (surveyed in collaboration with G. Weiblen, University of Minnesota) is a part of the global network of forest dynamics plot coordinated by the Center for Tropical Forest Science. It is so far the only such plot east of Wallace's line 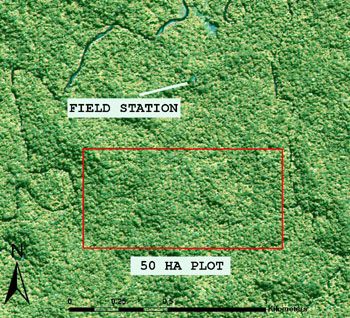