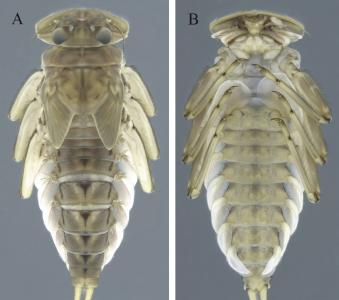 The loss of biodiversity and species extinction are well-known phenomena of today. However, biodiversity is not only disappearing today but also emerging. This process was demonstrated by scientists from the Biology Centre and their colleagues from Masaryk University in Brno and the University of Prešov in Slovakia. They found out how the evolution of new species is currently in process in the Caucasus Mountains.

Our research in Caucasus, one of the most diverse areas in the Palearctic realm, is focused on the relationship between geological processes, such as mountain orogeny, and the evolution of biota. Based on the genetic studies of mountainous endemic mayflies, we found that formation of mountains and the evolution of local species take place simultaneously. The species are therefore almost as old as the mountains themselves.

However, the Caucasus Mountains did not emerge at once, the age of its individual parts varies. Individual mayfly species also originated gradually, corresponding with the spreading topographic deformation caused by the convergence between the Arabian plate and Eurasia. This geologic process started in the Miocene (more than five millions years ago) and continues to date.

Most recent speciation was found in the south-eastern Greater Caucasus (Azerbaijan), an area characterized by continuing topographic uplift causing the isolation of population via deep valleys and steep slopes acting as dispersal barriers.

The results published in the journal Systematic Entomology thus implied the role of mountain building in the diversification of the biota of this region and continuing recent speciation in its southeastern part.