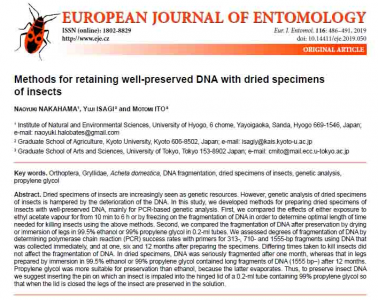 A complaint about plagiarism was delivered to the editors of the European Journal of Entomology (EJE), which is published by the Institute of Entomology of the Biology Centre, Czech Academy of Sciences in cooperation with the Czech Entomological Society. A scientific article published in EJE in 2019 was completely copied by an online journal called “Modern Sciences Journal”, including all appendices and photographs. Only names of the paper and (probably fictitious) authors were changed. Moreover, simple web search showed that most, if not all, publications of Modern Sciences Journal are in fact results stolen from other journals.

On November the 9th, 2021, the EJE editorial office received a complaint about a brutal violation of authors rights from Dr. Nakahama, who published the scientific contribution on methods of DNA work using older dry insect specimens in 2019 in EJE (see doi: 10.14411/eje.2019.050). Two years later he found a copy of his paper in a weird on-line periodical Modern Sciences Journal (https://journals.modernsciences.org/index.php/msj). "I was very surprised and disappointed when I found this plagiarized paper on Google Scholar. When I read the abstract, felt uncomfortable with this paper, and when I saw the figures and tables, I was convinced that it was our previous paper,” says Dr. Naoyuki Nakahama from the University of Hyogo in Japan.

Jan Šobotník, EJE Editor-in-Chief, promptly addressed a complaint to the predatory journal. “As the scientific work should always be accompanied by high ethical standards, I immediately wrote an apology to Dr. Nakahama and a protest note to the sole manager of Modern Sciences Journal. The good point is that the stolen work disappeared immediately from the internet, however, I do not consider this a sufficient solution. The scientific community should be aware of such unfair attempts to parasitise on others, and we should stop misuse of Open Science policy,” says Jan Šobotník. As he added, he has not yet encountered such a significant infringement of authors rights and copyrights. “I must admit that I am encountered plagiarism cases already, but these mostly concerned students or novice researchers who borrowed parts of other works without citing the resources properly. This is why I always considered plagiarism rather as a sign of ignorance or laziness than a real bad will, and I was truly shocked by the intentional stealing of the full work,” says the editor-in-chief.

Even for the authors of the original scientific paper this was the first time to have such an experience. “We were very confused, but we consulted the editorial board of EJE and they immediately took care of the problem and the paper was retracted. We would like to express our sincere thanks to the EJE editorial board for their very quick and kind action," adds Naoyuki Nakahama.

European Journal of Entomology is an international Open Access journal covering the whole field of entomology. It was founded in 1904 as a periodical of the Czech Entomological Society. Since then it has made a long and varied way, including several title changes, from its beginnings as a local publication, with articles mainly in Czech, to its status today as a well-established international entomological forum covered in the most important abstracting and indexing services. In 2016 EJE became an electronic-only, Open Access journal. 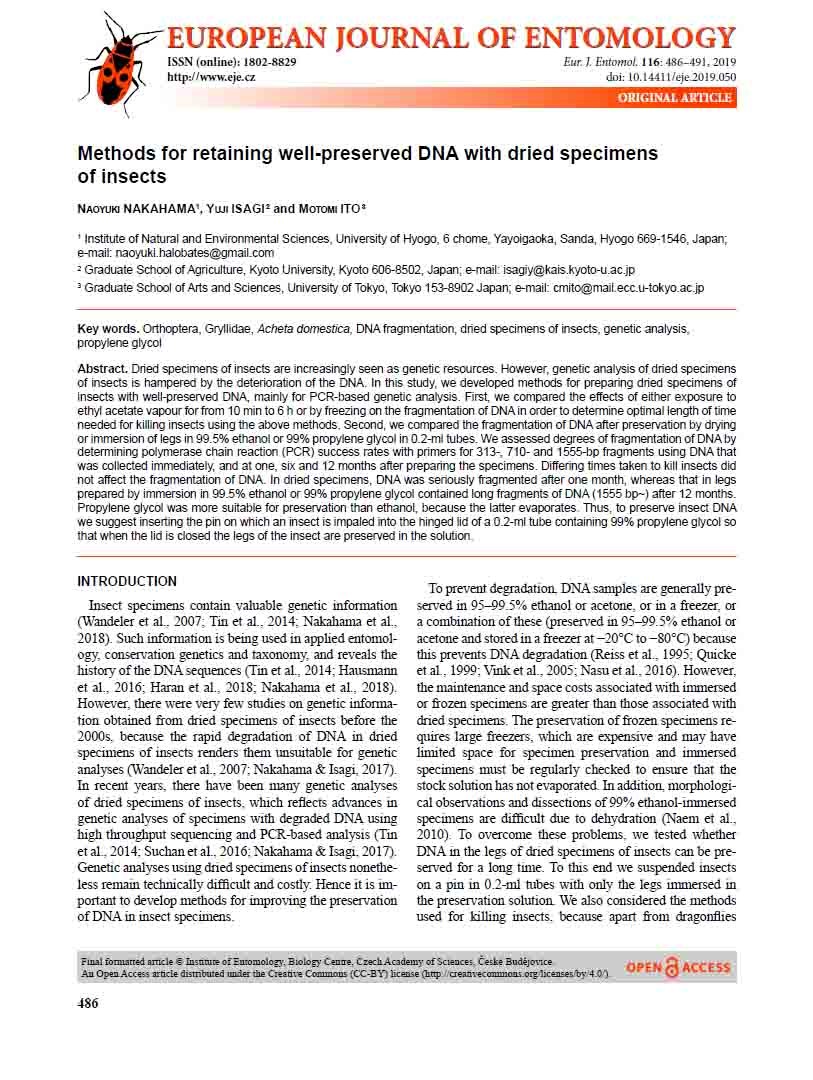 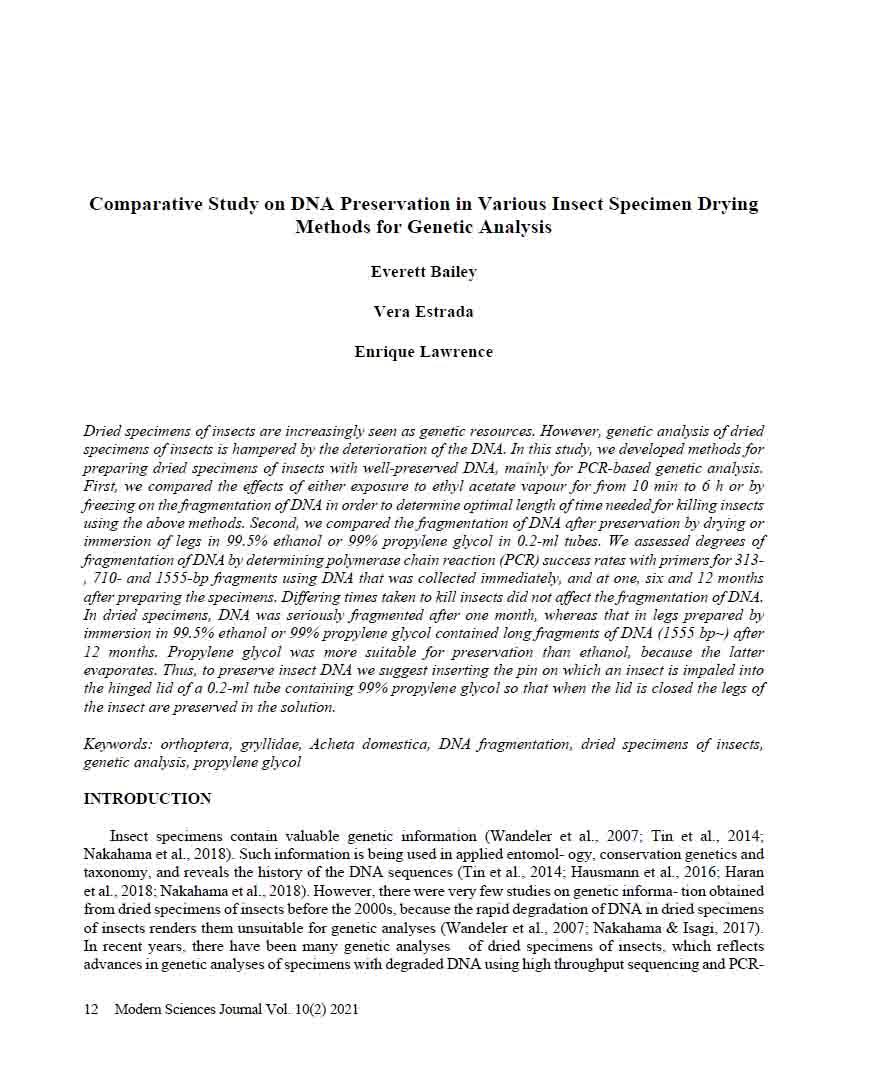